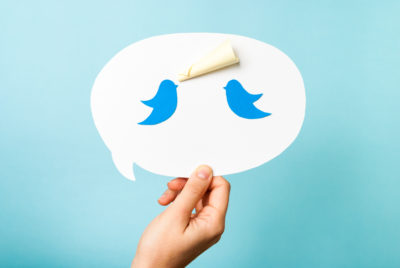 Consumers are increasingly turning to social media expecting a quick response, yet 80% of social media service queries are being ignored.

So how can your company take the step in the right direction to better integrate social media and customer service? The following tenets can help when developing a social media policy for responding to customers.

Although this may seem obvious, many companies fall short on this. Janae DeRusso, a branding and content strategist says, “You wouldn’t ignore a customer if they walked up or called the store. The same should apply to social media.” However, the challenge is social media never closes, which lies in contrast to the physical store that has set business hours.

It is best practice to respond within an hour, as 42% of consumers expect a response within 60 minutes, according to research by social media expert Jay Baer. However, many companies don’t have staff working 24/7. In that case, attempt to be as responsive as possible. Because, as Baer said, “A lack of response is a response. It’s a response that says, ‘we don’t care about you very much.’”

Always Respond to Feedback and Complaints

Constructive feedback can be difficult to hear, but it is critical that you thank customers for their feedback, positive or negative. This shows you are listening and value their voice. When you’re listening, that’s a conversation, and conversations are the foundation of building relationships.

Listening to feedback will not only foster relationships but will also provide valuable insight and open up suggestions from the mouths of those who patronize your product or service. When you receive negative complaints, especially on public forums like Facebook and Twitter, make sure to resolve the issues as quickly as possible. This will not only make your consumers advocates for attending to them so quickly but will also let other customers see that you take feedback seriously and resolve it in a timely manner.

Know When to Take Things Private

There’s nothing more unprofessional than public argument. Although it is important to acknowledge a public complaint with a public response, there may be a time the conversation becomes argumentative, and at that point, it is time to go private.

Don’t engage in a long, public conversation; instead, offer other means to discuss the issue privately, such as an e-mail or a phone call. When dealing with negative comments, it is important to distinguish between trolls, who are simply trying to gain attention after a poor experience, and those who are actually seeking advice to resolve a problem.

Know When to Respond Individually or in a Group

Generally, responses should be handled individually because it provides a more personalized experience. However, there may be times when you ask questions on Facebook and receive a myriad of responses. So, what do you do in this situation?

You can thank all of the contributors as a group for their participation, and then ask another question in the comments section to continue the conversation. This also assures your consumers the post wasn’t created by an automated robot and your company is interested in interacting with their consumers.

Have an Official Response for Major Concerns or Queries

By now, you probably have a sense of consumers’ most frequently asked questions. The best way to save time with social media customer service is to have an official set of canned responses for common situations. With a set of responses for every situation, you will demonstrate consistency when resolving complaints.

There are a variety of customer service social media tools that allow you to track interactions between you and a certain user, so you can check if their complaint, issue, or feedback has already been addressed and resolved. The following can be helpful when getting started:

Taking the time to learn how to respond to your customer service requests appropriately on social media is a valuable skill that is worth the time and the investment. Responding in a timely manner can be the difference between consumers singing your praises or left feeling irrelevant and unimportant. So think about how you want your consumers to feel when crafting a social media customer service policy for your team.